In July 1860, 110 African captives were brought to Alabama illegally via the schooner Clotilda on a bet. One of the passengers aboard was Kossola Oluale (enslaved name Cudjo Lewis). His great-great-great-great granddaughter, Altevese Lumbers-Rosario P'16, shared his incredible story with the SHA community during her visit to campus during Black History Month in February.

In her discussion "Descendants of Clotilda," Ms. Rosario riveted students in grades 7 through 12 with the story of Cudjo's life, beginning with his capture as a teenager in Africa to his tortured journey on the Clotilda, his experiences as a slave for five years, and his life as a free man after the end of the Civil War. She told students that much of what she learned came from tales her grandmother told her as a child growing up in Alabama.

Upon being freed, Cudjo and many of his fellow slaves wished to return to Africa, but found it impossible. So they built a new community – which still exists in Alabama today – known as Africatown.

Ms. Rosario – who is the mother of SHA's DEI Coordinator Marian Rosario '16 and a teacher in the Philadelphia School District – shared how important it has been for her family to be able to trace their roots so far back in history, something many Black Americans are unable to do.

As part of her presentation, Ms. Rosario showed a clip from a new National Geographic documentary titled “Clotilda: Last American Slave Ship, which debuted on February 7, 2022. It tells Clotilda's story as well as that of its descendants. First identified by archaeologists in 2019, the shipwreck lays at the bottom of the Mobile River, and is considered one of the only surviving slave ships from more than 400 years of slave trading.

Ms. Rosario and her great uncle appear in the documentary, which airs on the National Geographic Channel and is also being streamed on Hulu. 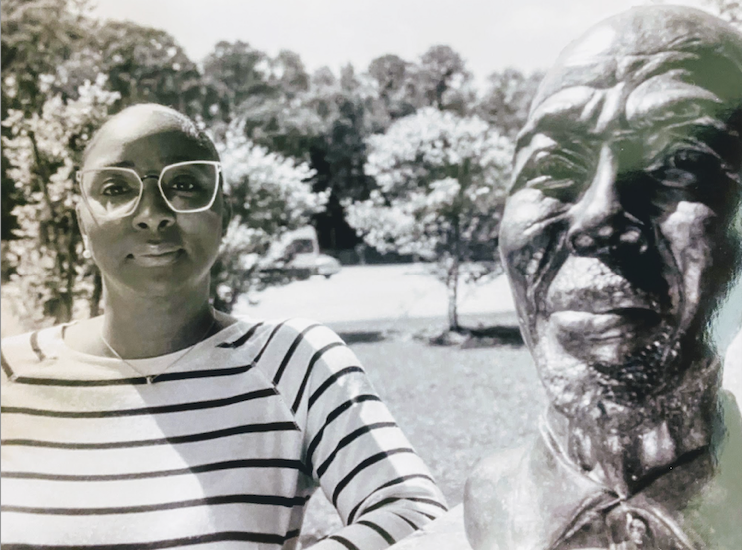 Ms. Altevese P'16 with a bust of Cudjo Lewis

Register today for for our 5th & 6th Grade Scholarship Exam: